There are times when I find it hard to believe this will be my fifth Christmas since my husband left me.

Christmas is a special time for every family. As an immigrant family, far from home, parents, siblings and cousins, we created our own traditions over more than thirty years  – everything from the number of trees we put up, to their decorations, to food and presents.

It’s a common belief that the ‘first’ of anything after a divorce (or death) is the hardest, but I’m not sure that’s true.  That first year I remained in total shock as the ‘firsts’ rolled around.  My daughter gave birth to her first child – a wee boy –  two days before that ‘first’ Christmas, so mixed in with all that grief, there was a huge amount of joy.

For me the ‘seconds’ were the hardest, because that’s when it became real.  This was what it was going to be like for the rest of my life.  Also, by two years in, my friends and family felt I should be ‘over’ it so it wasn’t something anyone except friends who had been through similar experiences really understood..

Navigating these past few years, as Christmas has taken on a whole new shape, has been tricky.  While life generally bumps along, it’s at times like this, when society suggests that families should be at their happiest and closest, when those family fractures feel deeper than ever.

But while many of those Christmases over my 37 years of married life have blurred into one, I’ve had a couple of experiences over the past few years that have made these Christmases amongst the most special of my life.

The first came about in November 2015, about 8 months after my husband left me.  I’d gone back to Scotland and was visiting an old friend.  She’s known me (and my ex) forever, and tears were streaming down my face as I told her what had happened. A little while later, she handed me a small parcel.  When I opened it, I discovered it was a handmade cross stitch Merry Christmas Banner. “I want you to have something new, something special this Christmas,” she said.  “Something that has nothing to do with him or your past.”  She’d started making it for me not long after she found out the news of my separation. The work- and thought – that went into each stitch, made me feel so loved and protected.

The second…? Last year my daughter invited me to stay over at her place on Christmas Eve so that I could be there on Christmas morning to see my grandson’s reaction to his presents under the tree.  It was an experience I will never forget and one I would never have had if I’d still been married.  Forget the pile of presents,  his eyes went as wide as saucers when he saw that Santa had ‘drinked the drink’ he had left out for him the night before.

A beautiful innocent phrase born out of pain and one that I will treasure for the rest of my life.

Did you notice the curtains across the picture of the woman on the left?  When I saw them –   in real life – I assumed they had been placed there to protect a valuable picture from the sun.

But I was wrong.

Which got me thinking…

But, if a man has done it once, does the second wife ever – in a secret, vulnerable moment – experience a feeling of insecurity that if he’s done it once, he might do it again?

I like to think so… but I don’t know.

What do you think?

I saw this on my Facebook feed this morning and it really struck me.

I hope it helps you as it’s helped me.

For more inspiring quotes, please check out this site.  https://www.goalcast.com/

Gumption: the ability to decide what is the best thing to do in a given situation, and to do it with energy and determination.

After a six-month break, I’ve started writing Julia Cameron’s Morning Pages again.  I’ve struggled for a few days getting even two pages written, far less three, so, to make things a bit easier for myself, this morning I used a journalling prompt I found on Pinterest last night.

“What do you need more of in your life?”

The three pages came quick and fast – oh yes, I need a lot more self-discipline, a good dose of self-belief, and a little male company wouldn’t go wrong – but it wasn’t until about halfway down the last page that I finally figured it out.  What I need – what I really need more of – in my life is ‘gumption’.  Find that, and perhaps the rest will fall into place. END_OF_DOCUMENT_TOKEN_TO_BE_REPLACED

A friend sent me this photo off the internet.  I don’t know where she found it, so I am unable to give it a correct attribution, and I also hope I’m not breaching anyone’s copyright, but it illustrates everything I have learned about life since my husband left me.

Times will be hard – often achingly so – but this picture reminds me of a lesson Fred Rogers learned as a child. “When I was a boy,” he said, “and I would see scary things in the news, my mother would say to me, ‘Look for the helpers.  You will always find people who are helping.'”

He might have been speaking about major disasters, but divorce is a major disaster in your life. And he is still right. Friends, family, people who support you through this time are your personal helpers. And they will be there.  Treasure them. They will lift you up.

I’ve been thinking a lot about subtext recently –  when someone says something that doesn’t match up to what they actually think or mean – and it got me thinking about some of the things people said to me in the days, weeks, months, even years, after my husband left me.

“You’re better off without him.”

“Think of it as being released.”

“He was a weight around your neck.”

“I never trusted him.”

“The first time my husband cheated on me would be his last time.”

“You should have walked out years ago.”

I know what my friends and family were trying to do.  They were trying to comfort me.  Support me.  Help me.  Love me.  I know they were, but sometimes those words of ‘support’ cut me to the core.

Because if you really look at those phrases, and how they can be interpreted by someone who is in emotional pain, it’s not hard to read the subtext behind them.  END_OF_DOCUMENT_TOKEN_TO_BE_REPLACED

I loved my birthday. As a summer baby, it happened during the holidays, so there was an added magic to it. I felt so sorry for those classmates who had to go to school on their special day.

As a wife and mother I loved it too. My husband and I would either go out for a meal – usually accompanied by a bottle of Dom Perignon – or we’d have all the kids round at the weekend for a family meal.

And then… suddenly I found myself facing my 60th birthday alone. END_OF_DOCUMENT_TOKEN_TO_BE_REPLACED

Photo by Krivec Ales from Pexels

In the years after my husband left me, I had to stop listening to music popular in the years we were married.  The memories were just too painful.

Instead, I went back to music from before I met him.  Those songs held no negative memories, and helped me find ‘me’ again… if you know what I mean. END_OF_DOCUMENT_TOKEN_TO_BE_REPLACED 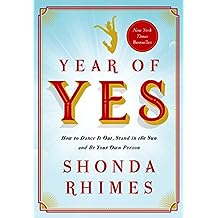 May 2016 be your year of yes.  May it be filled with love, family, adventure, travel, new experiences and empowerment.

That was the inscription my daughter wrote on the book she gave me for Christmas 2015  –  Year of Yes (How to Dance it Out, Stand in the Sun and be Your Own Person) by Shonda Rhimes,- the incredible creator of Grey’s Anatomy, Scandal and Private Practice (amongst others).

2015 was the year my husband left me, and that Christmas, despite my daughter giving birth to her first child a few days earlier, I was truly lost and in despair.

I’ve always wanted to go to Israel, ever since I read Leon Uris’ book Exodus back in the late 60s. I even dreamed of going to work on a kibbutz when I was in my late-teens, but wars and life got in the way.

And then, this year, I finally got my chance.

But I was scared. Although I’ve travelled with friends and family since my husband left me, this would be the first time travelling completely on my own – albeit as part of a tour group.

So I sat down and went through my fears. END_OF_DOCUMENT_TOKEN_TO_BE_REPLACED