This is a wonderful monologue by the fabulous actress Lesley Manville.  In it she voices a lot of emotions most women whose husbands have walked on a long-standing marriage might recognise.  She does them with pain, humour and hope.

Enjoy – and if you can donate, please do.

I rarely have of those nights any more. You know the ones I mean… where no matter what you do, sleep refuses to come and your mind tumbles wildly through the night hours. Not like in the early days after my husband left me, where night after night, week after week, sleep was elusive and, when it came, filled with painful dreams. But I experienced one tonight.  And now, here I am, at 5am, sitting at my desk with a cup of tea, staring out onto a dark bleak snowy landscape waiting for the dawn to break and banish the night.

It makes sense why it all came to a head tonight.  It was Valentine’s Day on Friday and all that online gushing about how wonderful other people’s spouses or partners are can kind of get to you after a while.  And then on Saturday I hosted an annual winter party that for fifteen years my ex and I hosted together, so perhaps it was only natural that he’s been on my mind a lot. 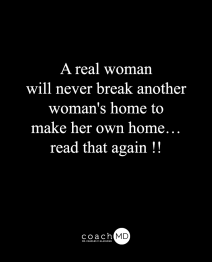 When I couldn’t sleep tonight, I picked up my iPad and started scrolling through my Facebook page.  I came across a quote that made me  immediately think about her.

You know who I mean. END_OF_DOCUMENT_TOKEN_TO_BE_REPLACED

T.S Eliot’s poem claims that ‘April is the cruellest month’, but when it comes to marital break-ups, that title belongs to January.  In fact, Family Lawyers refer to January as ‘Divorce Month’ as it’s the busiest month of the year for divorce filings.

Why?  Because many spouses hold off for Xmas to be over before they drop the bombshell.  And although my husband didn’t leave me until – ironically enough – April, I can now look back and say with certainty that December 27th, 2014 was the day he checked out of our marriage both mentally and emotionally.

With the divorce rate now being 40% in Canada, it’s possible you have found yourself in this situation over what is supposed to be the happiest season of the year.

They say only fools give or accept advice, so what I’m going to offer here is an observation from someone who is almost 5 years down the path in which you might have suddenly found yourself. 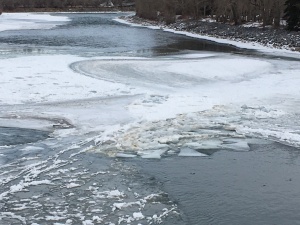 I went out for a New Year’s walk along the river path this afternoon, and what I saw was a perfect metaphor for where you might have unwillingly found yourself.  Along with several other spectators, I stood on a bridge and watched as some chunks of ice  floated along the river, before smashing into an ice jam.  There they lay, stuck, for some time, until one or two broke free and slid under an ice bridge.

We watched.  Would they reappear… or would they be trapped under the ice until spring came along to release them?

But no… first one, then another emerged from the ice and continued on their journey.

It still wasn’t smooth sailing.  There were more ice jams, more ice bridges to navigate. Sometimes they got caught once more… but they finally broke free and continued down the river.

And that’s what the journey through divorce feels like.  Especially in the early stages.  You get battered from place to place until there are times when you feel like you are drowning.  But then you re-emerge and continue down your path.  It’s still not going to be plain sailing, and there’ll be another ice jam.  Once again you may get stuck… but once again you WILL break free. 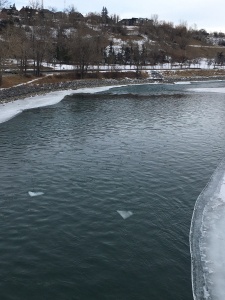 As I headed towards the second bridge which would bring me back across the river, I found it closed off to the public. Structural problems, apparently! So I had to make a detour to a smaller bridge about 100 yards away.  This one was decorated in roses, the flowers of summer.  And as I made my way across it, I spied 2 pieces of ice floating quite happily down the river.  But what they didn’t know, was they were approaching some small rapids.  They were in for a bumpy time.

And that made me think about this post-divorce  journey. In the beginning, it’s rough, so rough that you feel like you’re drowning in the pain and anger and loss and grief.  But, over time, it starts to ease. You go through a smooth patch… and then it gets rocky again.  Smooth for longer this time… then you hit some rapids… but then it eases and you float along.

And so it goes.

If you’re on this painful journey, trust me, you’ve got it, girl.  You can do it.

This year, you will discover that you are stronger than you ever believed possible. 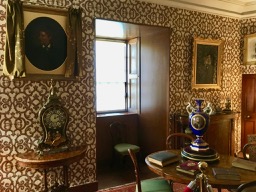 Did you notice the curtains across the picture of the woman on the left?  When I saw them –   in real life – I assumed they had been placed there to protect a valuable picture from the sun.

But I was wrong.

Which got me thinking…

But, if a man has done it once, does the second wife ever – in a secret, vulnerable moment – experience a feeling of insecurity that if he’s done it once, he might do it again?

I like to think so… but I don’t know.

What do you think?

There are times when all the inspirational quotes in the world, all the positive self-talk, all the telling yourself that you should be over this, that you’re moving on, that you’re stronger and better than you were, all the kind supportive comments of friends, family and counsellors just don’t cut it.  Something triggers you and the tears and pain and grief cuts right into your soul leaving you as raw and in such emotional agony as those early days.

There’s nothing – nothing – anyone else can do to help or console you. You know you’re just going to have to go down that dark path by yourself and know you’ll come out the other end into the light.

And when you do emerge into the light, it’ll be bitter-sweet, because you know that somewhere down the line – maybe not for weeks, months or even years – that darkness is waiting for you up ahead, hiding out of sight, waiting to pounce again when you’re feeling vulnerable.

For me, it was a combination of things. I had packed away all the pictures that include my ex-husband – or at least I thought I had.  But last night I came upon a family photo taken of us all a couple of years before he left me. We look happy.  Solid.  I’m looking at the camera with total innocence, his arm around me, no idea that my marriage and family are about to implode.   END_OF_DOCUMENT_TOKEN_TO_BE_REPLACED

One sad fall-out from my husband’s affair – and subsequent remarriage – was having my eyes opened to the truth about women. As a nurse, my working life was spent mostly in the company of other women.  Nurses are amazing. They are compassionate and there to assist both patients and fellow staff members in good times and bad. Of course you find the occasional unpleasant one here and there, but on the whole they are brilliant.

I could never understand when female friends talked about the bitchiness they experienced working in offices, or not trusting other women. And I felt very fortunate in comparison to the back-biting my husband described in his mostly male work environment. END_OF_DOCUMENT_TOKEN_TO_BE_REPLACED

RUNAWAY HUSBANDS: The Abandoned Wife’s Guide to Recovery and Renewal by Vikki Stark.

I love this book. It was my ‘bible’ in those first few months after my husband walked out on me, assuring me I was not alone, and talking me through the healing process. Even now, two years later, I’ll pick it up, and read through a few pages. There’s always something in there that helps me see how far I’ve come, in both practical and emotional ways, but still acknowledges the hurt and loss that will probably – to some extent – always be with me.

Written by a therapist, who was blindsided when she found herself in the same situation as so many of us, she gathered together the stories and thoughts of over 400 women who had also been abandoned. Patterns emerge throughout the book, both of pain and healing. You – and we – are not alone. Other women have walked this path before us. Their stories are painfully recognizable… and their healing and transformation inspiring. END_OF_DOCUMENT_TOKEN_TO_BE_REPLACED