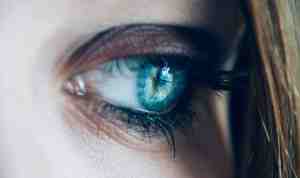 When my husband left me, he insisted there was no-one else… but hoped there might be someone in the future.  And he promised, out of respect for me and our kids, that he wouldn’t even attempt to date for six months.

In my gut I knew there was someone else but I was accused of being paranoid. Hadn’t he promised me there was no one?? But then the truth came out. Yes, there had been another woman all along.

His secret ‘office wife’ of several months had given him an ultimatum.

I can’t begin to describe how heart-broken I was.  And although my kids reminded me that my husband was as much to blame as the ‘other woman’, I couldn’t help but put a large portion of the blame on her.  I searched her out on the internet. She was a highly qualified woman, employed by my husband, and highly respected within her church – a church that promotes the importance of the family and its abhorrence of lies in its mission statement.

I couldn’t understand why a such a woman would do what she had done.

I sent her an e-mail – I wanted to meet with her.  She agreed, and we met in a coffee shop. I’m sure she was just as curious as me to see the ‘other woman’ in her lover’s life.

Should I have met her?

Part of me is glad I did.  If I hadn’t, I could have told myself that she was a good woman who had been led astray by my husband.  Especially as she was such a devout Christian.  Instead, I sat across from a woman who shrugged her shoulders when I asked her how she could deliberately, and with aforethought, ignore four of the ten commandments and destroy my marriage.  Her response was a smirk and the comment that she didn’t ‘pretend to be a perfect Christian’.

But… the reality is, I actually didn’t need to meet with her to know – to really know – what kind of person she is. She chose to give my husband an ultimatum, and as Dumbledore said to Harry Potter – We Are Our Choices. Her choices helped break up my marriage and family, her cavalier smirk merely driving the knife that little bit deeper into my heart.

So, is it a good idea to meet the other woman?

It’s a personal decision but, on reflection, I think the more important question is, What do you want to get out of meeting her?  I wanted to see a spark of remorse on her part.  A hint of embarrassment or understanding of the pain she was causing me and my children.

I got none of those. The reality is that any woman – or man – who breaks up a marriage knows exactly what they’re doing.

And that tells you everything you need to know about them!